I noticed a few of the blogs I follow were doing this.  It looks like fun, so I thought I’d hop on the Blog Parade!

1.What's your favorite time of day, and why?

I think my favorite time of the day is when Josh and I are both finished with the day and when we are tucked in bed and settling down for the night.  We usually watch some TV together before going to sleep, and that’s my favorite, most relaxing time of the day.

2. If health wasn't an issue, what food could you live off of?

This is a hard one for me, because there are lots of foods I could live off of.  Sandwiches, soups, beans (yes, I love beans), frozen yogurt are all at the top of my list.  My number one food that I could live on is cereal though.  I think I pretty much did live off of it when I was a kid.  Anytime I wanted a snack, breakfast, or I didn’t like what was being served for dinner – I ate cereal! 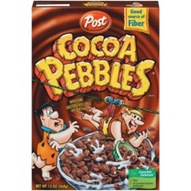 3. If you could have one wish granted, what would it be?

To have my four Green Beans happy and healthy with me here on earth.


4. What is one thing you get teased about a lot?

5.If you could choose one book, movie or TV show to spend your life in, what would it be?

I know it sounds terrible, but I love that movie and Elle Woods made me seriously consider going to Law School! 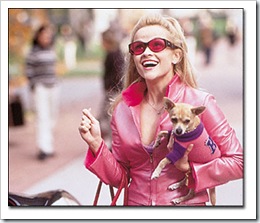 6. If you could have one talent that you don't already have, what would it be?

I would love to be a natural at dancing.  I’m not the most coordinated or graceful person, so having that talent would be nice.


7. If money were no object, where would you go on vacation?

I would take a month long  Mediterranean  cruise and take my time visiting all the bordering countries.  I’d love to see Spain, France, Italy, Greece, Turkey, and Egypt.  That would be a dream come true!


8. If you were an awesome singer, which genre would you sing?

I’ve never had a big desire to be a singer, but if I did, I guess I’d do pop music.

I don’t really have a preference other than modern day or in the future.  I like all my modern conveniences!


11. If every outfit in your wardrobe had to be the same color, what would it be?

I love color, but if I had to stick with just one color, it’d be black.  I wear a lot of black, and it’s so versatile.  You can dress it up or down.


12. If you were one of the seven dwarves, which one would you be?

I’d be the sleepy dwarf, because I can always go for a nap! 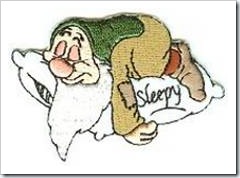 13. What's the last album you listened to?

Over the past three years my life has been flipped upside down. I am 31 years old and have 4 beautiful angel babies, who are fondly known as my “Green Beans”. The first of my quads, Heidi, held on as long as she could and was born on January 31, 2009 after pPROMing at 17 weeks. A few weeks later, I pPROM’d with my sweet Lily. Lily, Paige, and Rylan were all born at 22 weeks on February 23, 2009. Just after being released from the hospital empty handed, I returned with a high fever and infection. Two of the nights I spent in the hospital that week, I honestly thought I was going to die. It was the sickest and most hopeless I’ve ever been. I’m pretty sure my diagnosis was a broken heart.

My journey to parenthood has definitely had its share of happiness and heartbreaks. I got through every day by staying close to friends and family, blogging, and trusting in God that my future will be bright. All the love and support I’ve gotten has greatly helped me manage……I am alive and well, and want to be my absolute best as a result of this.

On May 1st 2011, we welcomed our sweet baby girl, Taylor, into this world. She is my miracle baby and brings so much joy and happiness to my life. She is my reminder every day that God is good and faithful.

I have come out of all of this with a better appreciation of life. I hope to make the best of this situation by helping others who will experience a similar loss.